Located on Stinson Neck and built on a cliff, overlooking Jericho Bay in the Atlantic Ocean, Haystack’s campus has served as a muse to many who have come here to create. The school is located on forty quiet, wooded acres in the small island community of Deer Isle, Maine. 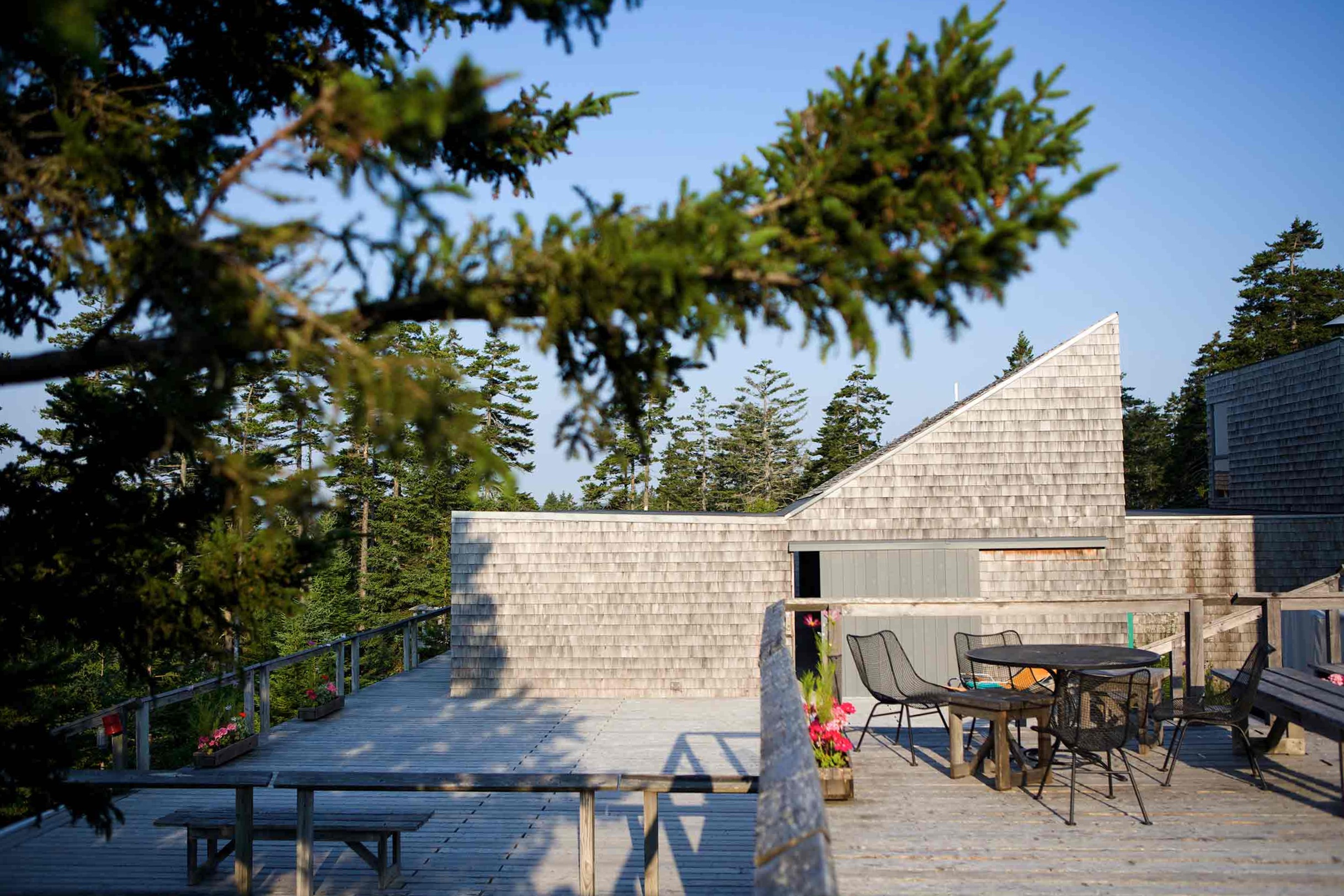 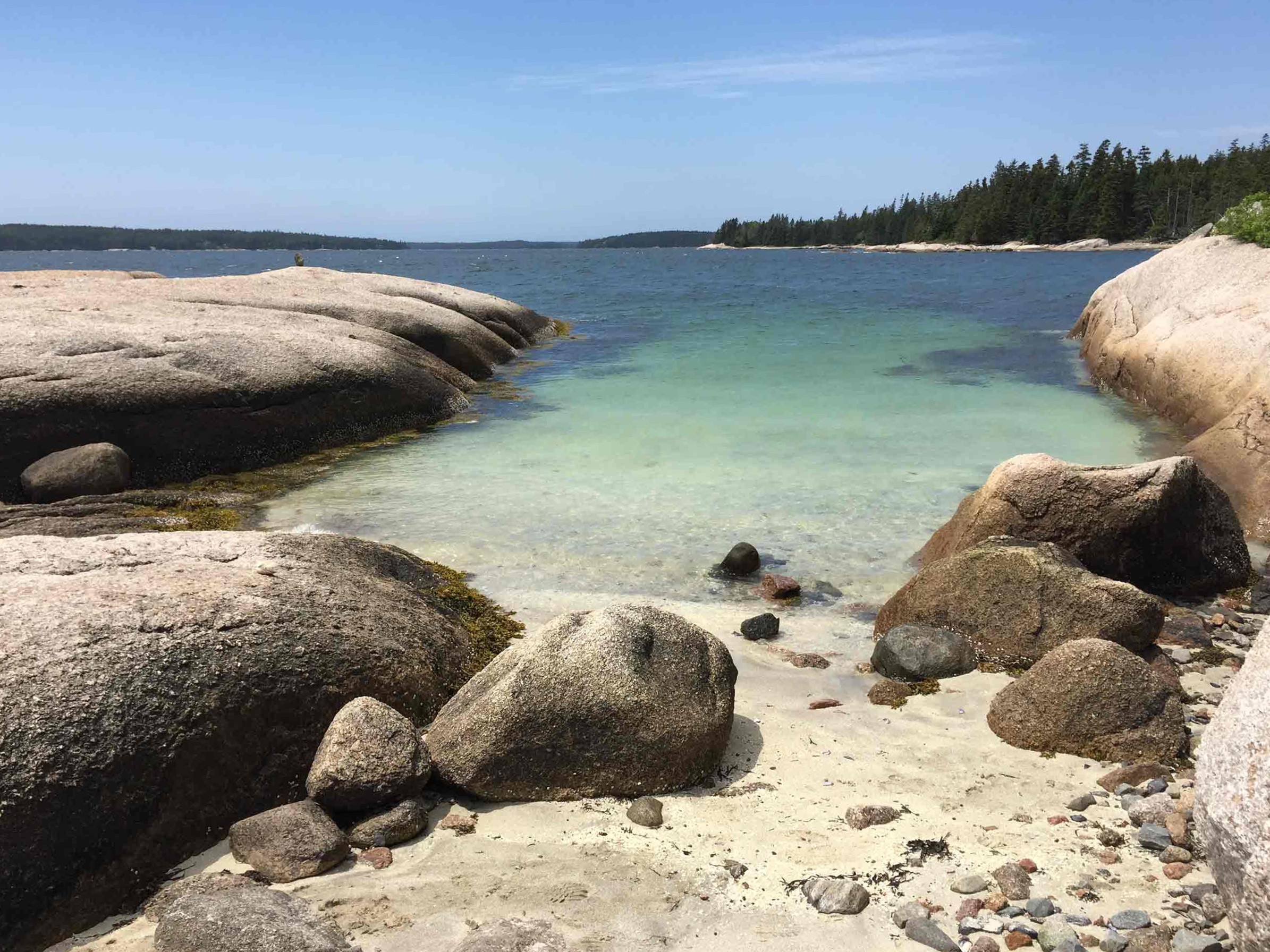 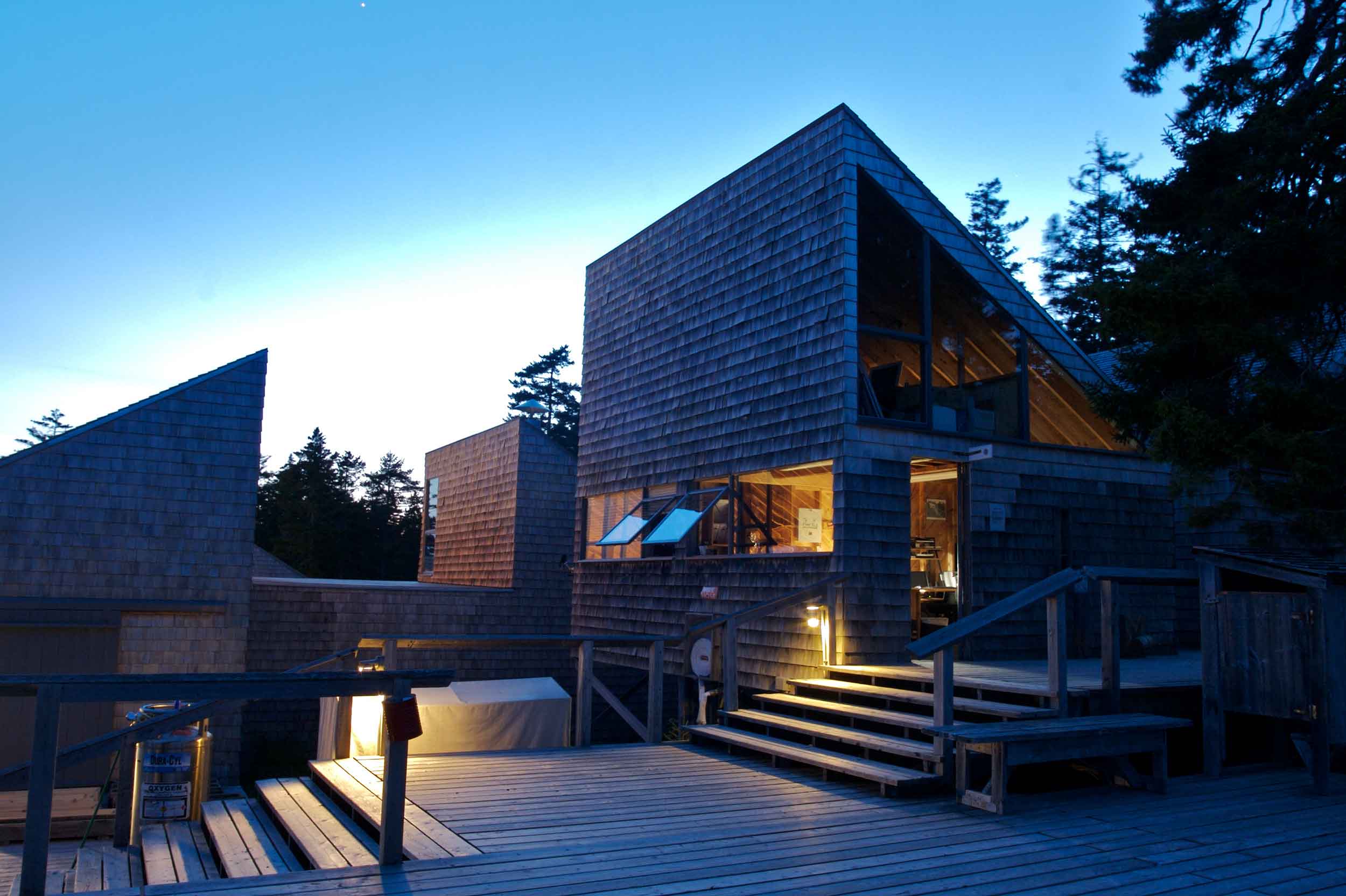 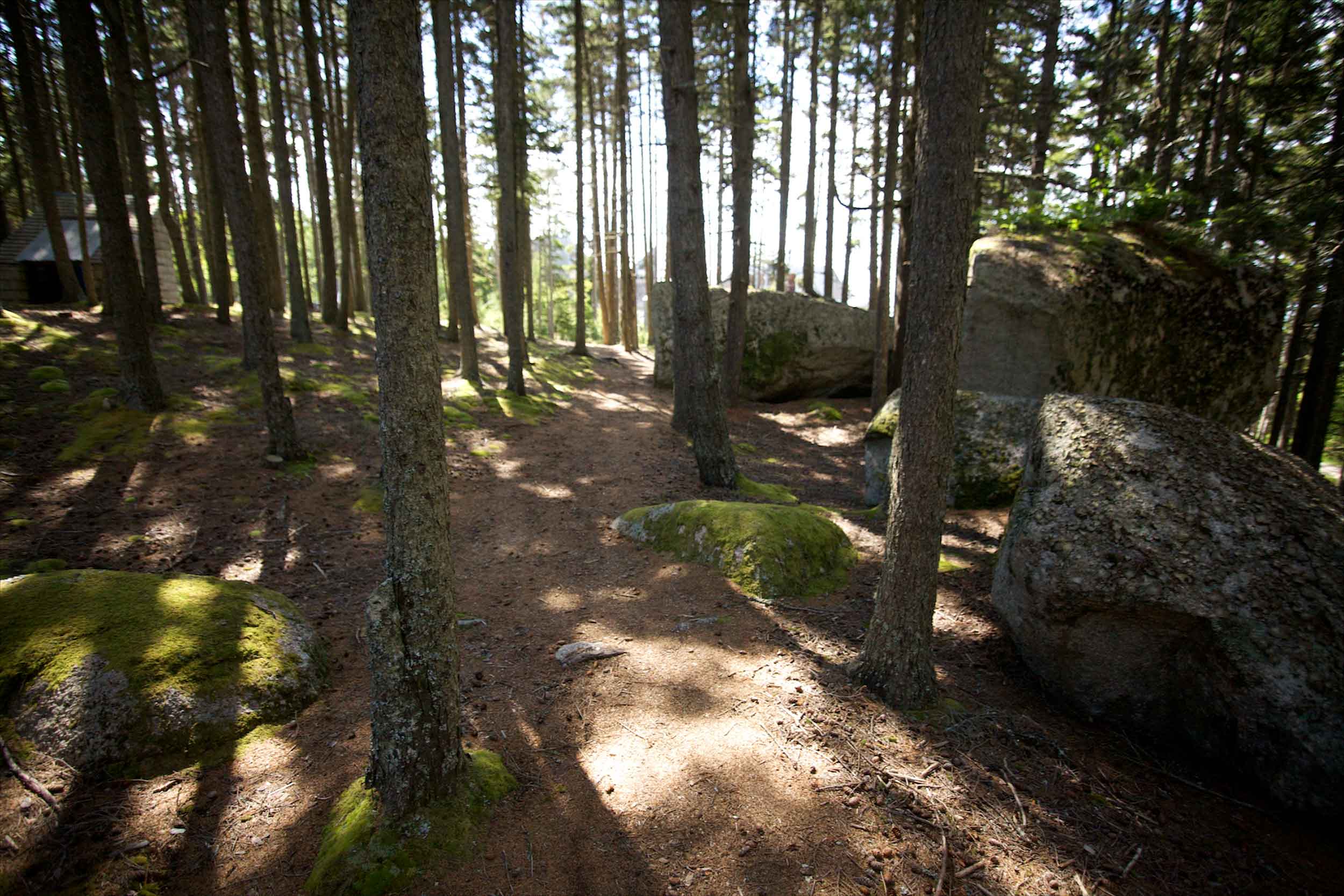 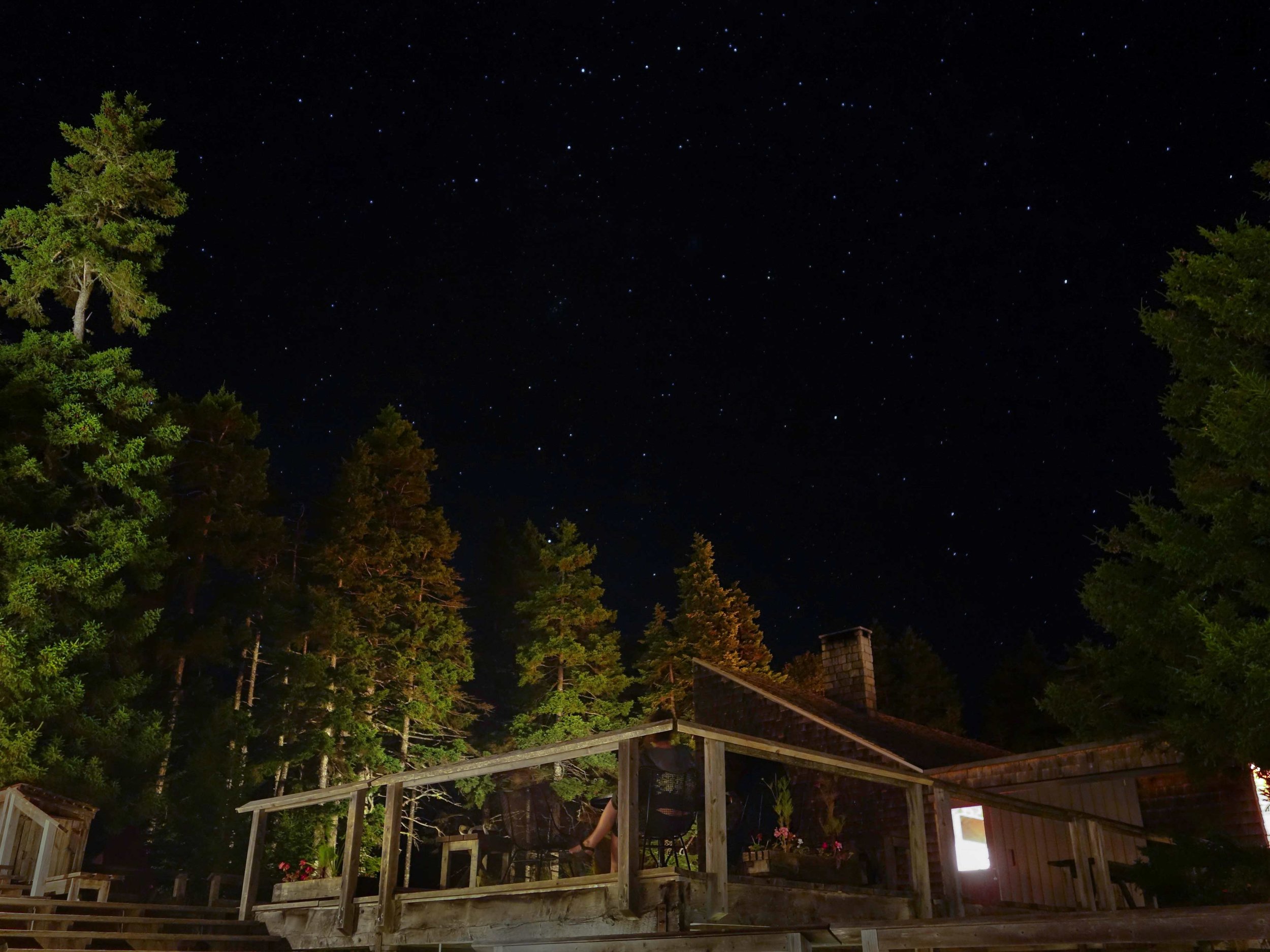 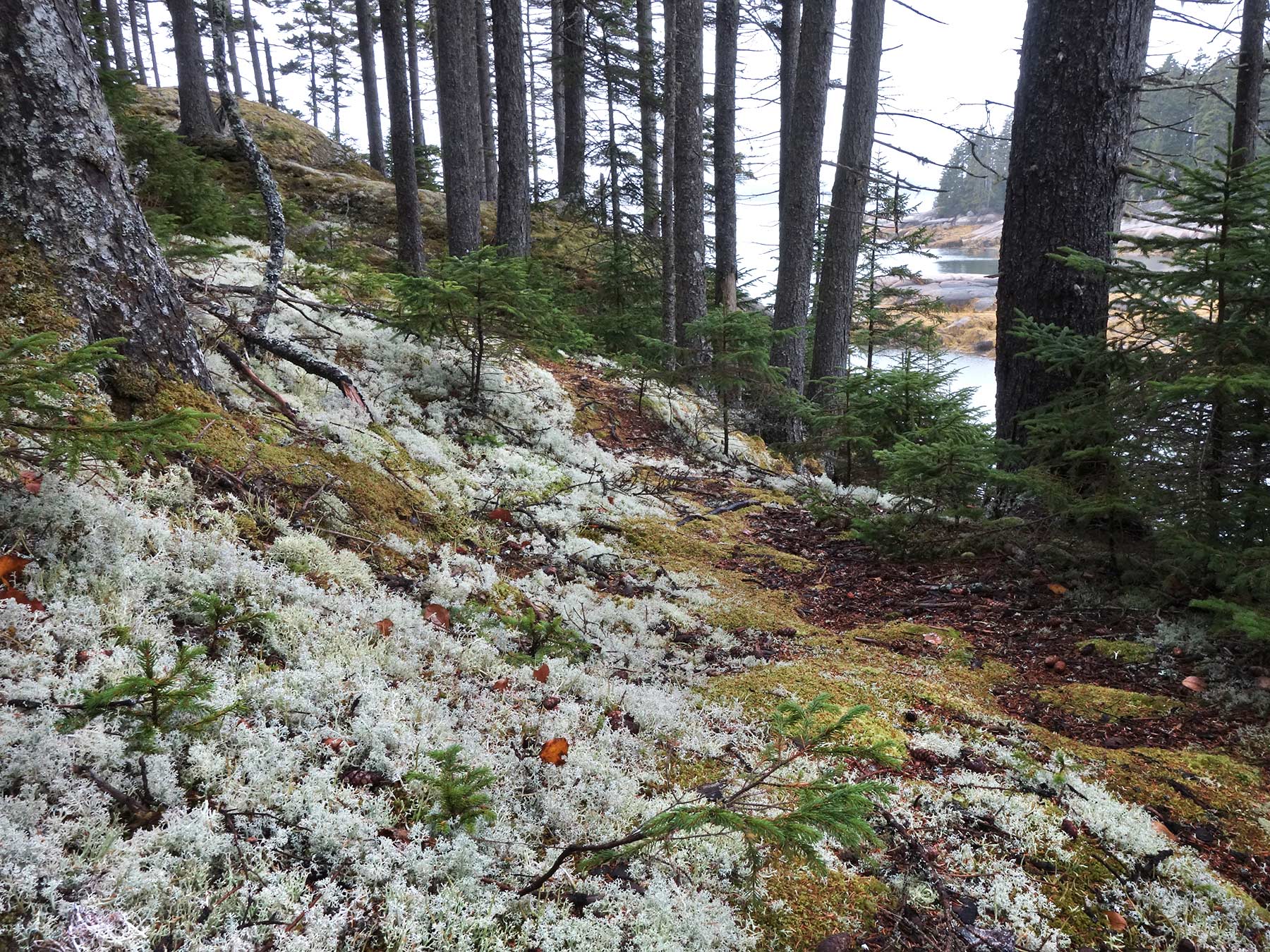 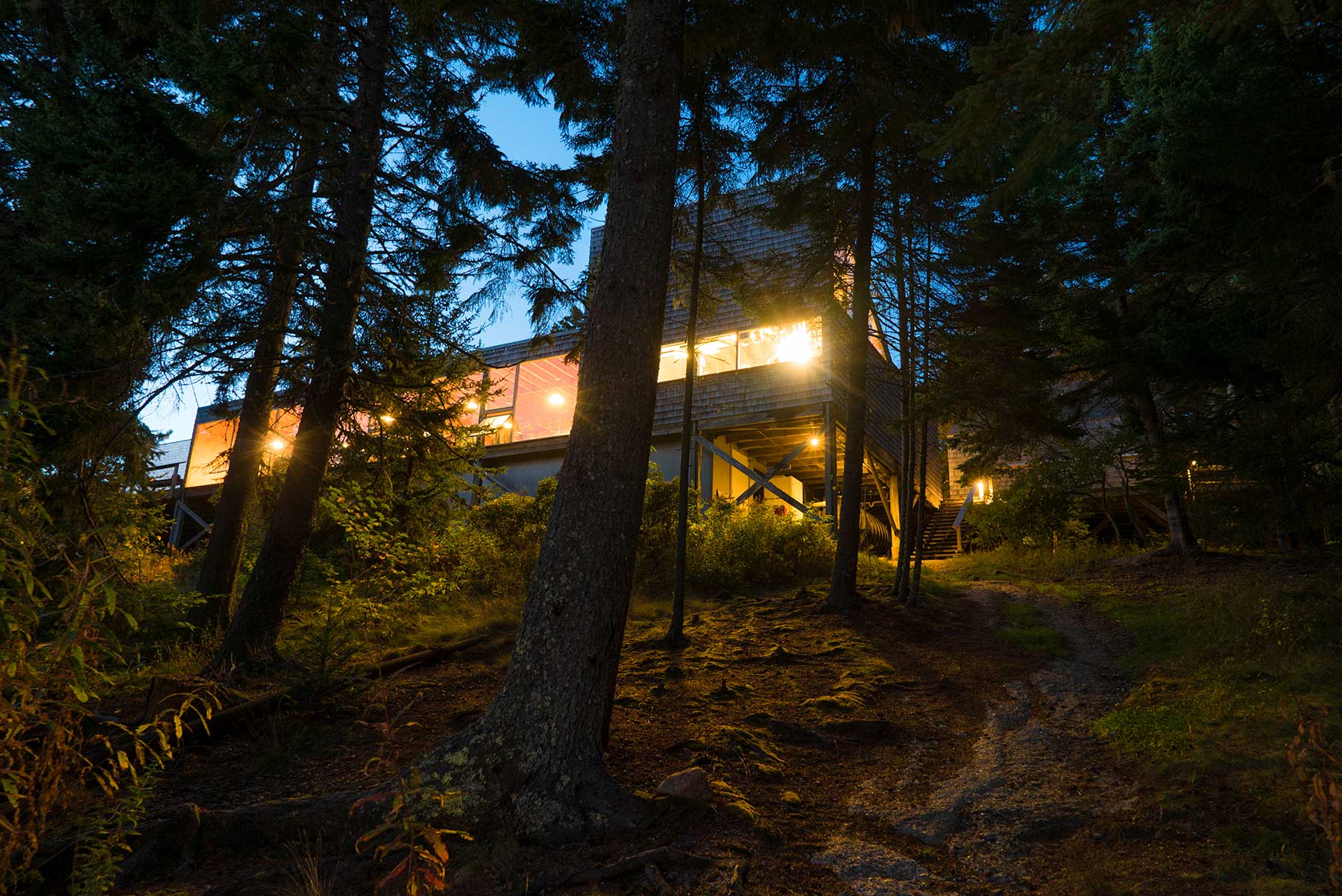 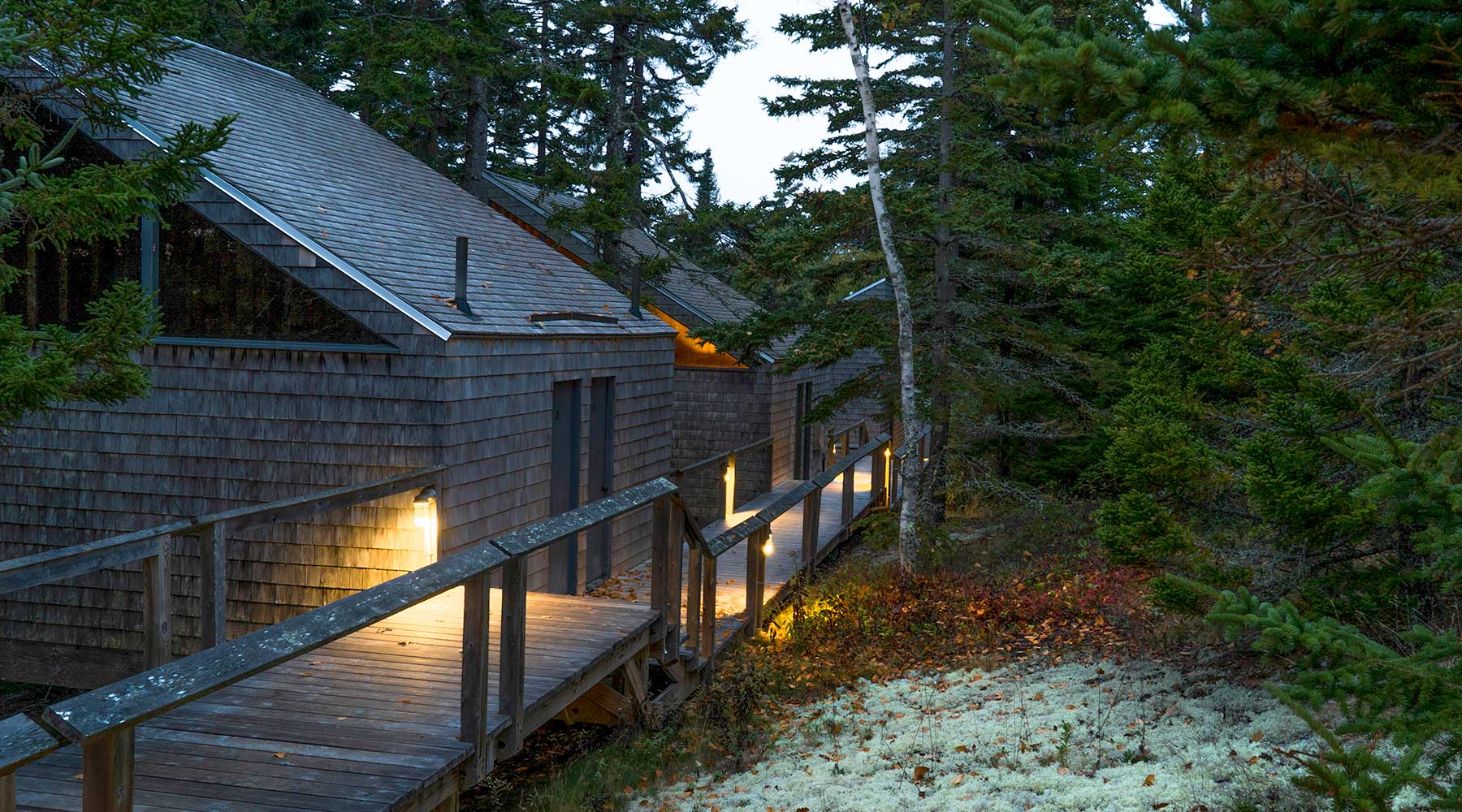 The campus was designed in 1960 by noted American architect Edward Larrabee Barnes, and in 1994 was awarded the Twenty-five Year Award from the American Institute of Architects, one of only forty-nine buildings in the United States to receive this distinction. In 2006 Haystack Mountain School of Crafts was added to the National Register of Historic Places. The school’s award-winning campus was represented in the Portland, Maine exhibition, maine modern: 50 years of modern architecture in maine, from October 1-31, 2010.

The dramatic central stairway, cascading down to the swirling waters below, grabs your attention first. It is flanked on either side by weathered cedar-shingled studios, a spacious dining hall, and the student and faculty cabins. Standing at the top, one can view the white and pink granite shores along Merchants Row, an archipelago of 30 or 40 islands peppering the horizon. 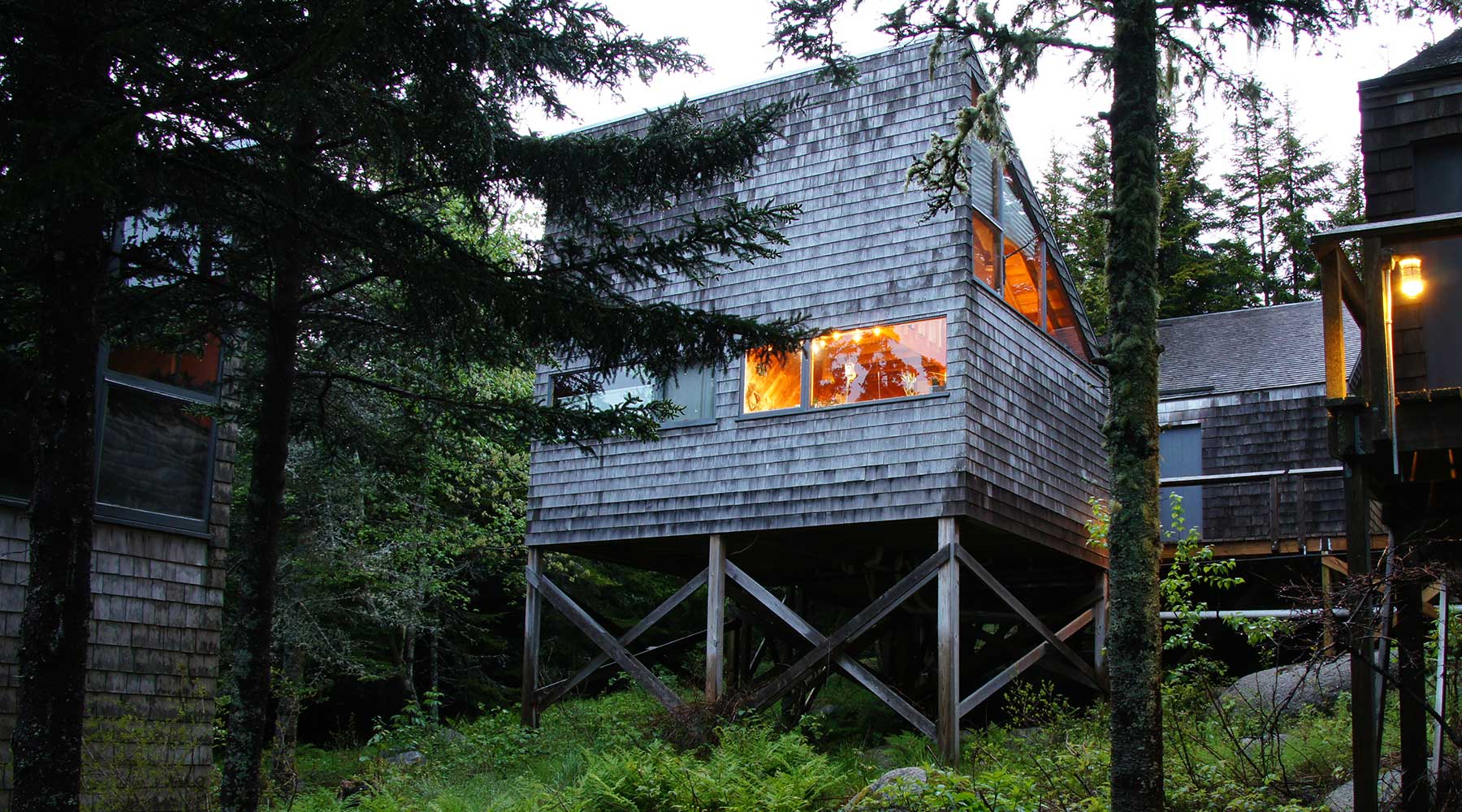 Haystack program participants stay in cabins designed by American architect Edward Larrabee Barnes. There are dorms (that house up to eleven people), triples, and doubles—all located near a central washroom; as well as a quad, doubles, and singles with bathroom facilities. All cabins have twin beds. 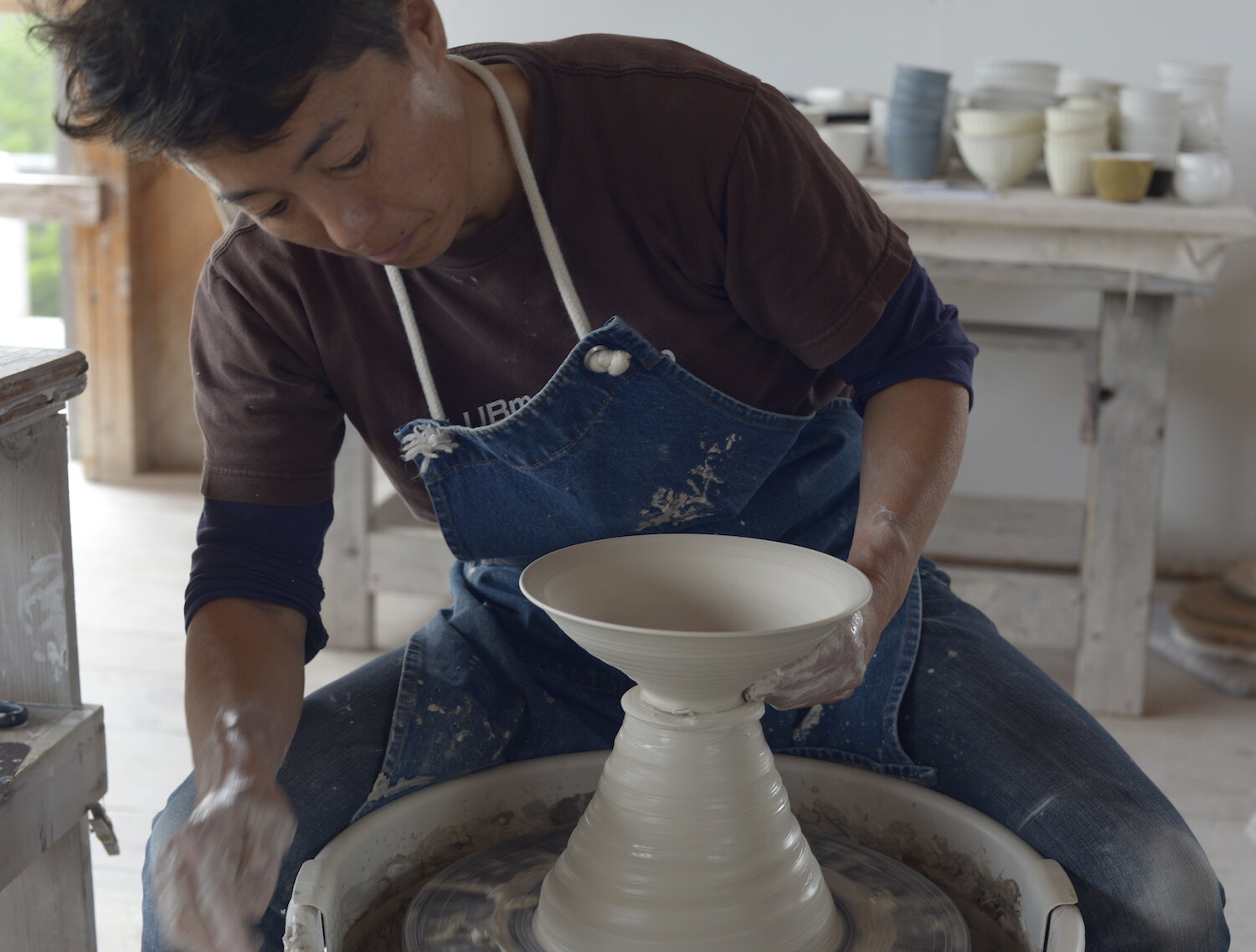 Haystack maintains purpose built studios for blacksmithing, ceramics, fiber, glass, graphics, metals, and woodworking. Each space has customized equipment and flexible floor plans to accommodate a variety of processes within specific disciplines. Studios are open continuously during sessions, though for safety issues some of the equipment may not be available past certain times of day.

Haystack’s Fab Lab was established in 2011 and has quickly become an integral part of our mission to think broadly about the field of craft. The Fab Lab complements our existing programs and is available to all students. No prior experience is required.